Nucleus is the center of your Roon music system. It’s the housekeeper, the traffic cop, and the brain that takes care of the music in your life. Using Nucleus, Roon manages all your music – on hard drives, NAS, and streaming content – and allows you to play it on all the audio devices around your home. Nucleus is the best way to run Roon, at any price.

Aside from being a powerful, fanless music server, what sets Nucleus apart is that it’s powered by Roon OS – a fast and lightweight operating system optimized to do just one thing: browse and play music. Roon is a multi-room, multi-user networked audio platform built to the exacting standards of audiophiles, so it offers features like bit-perfect playback, DSD and PCM upsampling, multichannel playback, and signal path display.

As well as distributing music throughout your home, Nucleus also offers the very finest performance possible when connected to a USB DAC. A computer source has never sounded this good before.


Intel Partnership
Developed in partnership with Intel, Roon Labs have launched a brand new hardware product called the Nucleus. Roon built a custom based operating system around the Intel NUC board. Nucleus runs without a fan and is housed in a special casing enabling positioning with hi-fi equipment if USB connection is required for the DAC.

Nucleus sits on your network acting as a Roon Server/Core for your NAS- or USB drive-based music library and Tidal making both available to any and every Roon endpoint you have.

SSD or HDD Drive
Roon Core boots up in just 1.8 seconds and there are two variants; i3 or i7 to choose from both with an integral SSD for the operating system with an option to add an SSD or HDD hard drive. You can also choose to connect via USB or NAS music storage and the HDMI output supports multichannel playback functioning with any network Roon Ready device. A 19V linear power supply is also available as an optional upgrade.

And Roon finds all the same links between your personal files and the millions of tracks available on TIDAL, so you can start with the music you know, then explore and discover new music from the world beyond your collection.

In addition to music browsing, Roon is a multi-room, multi-user networked audio platform built to the exacting standards of audiophiles. It offers features like bit-perfect playback, DSD and PCM upsampling, multichannel playback, and signal path display.

Roon plays to a number of different types of devices on your home network – Roon Ready, AirPlay, Sonos, Squeezebox, and Meridian – and can be controlled from Mac, Windows, iOS, and Android.

In order to ensure the best possible support for the modern digital audio home, we at Henley Audio distribute the Nucleus and Nucleus+ audio servers. Developed in collaboration with Intel, and designed for music and audio enthusiasts, Nucleus is the centerpiece of a high-performance multi-room music system that works with a huge family of audio products. Now you don’t need a PC or NAS to enjoy music with Roon; just connect Nucleus to your network and control it from your phone, tablet, and Mac or Windows computer.

Music is in our DNA
Roon Labs was founded in January 2015 by a team that started working together ten years earlier. Their first company was Sooloos, which produced an embedded multi-room music server system with storage, audio playback, and touchscreen kiosk devices. Upon its launch in 2006, Sooloos received critical acclaim and became the gold standard in high-end audio systems. Sooloos was acquired by Meridian Audio in late 2008, where the team developed (among other things) a desktop music player for HP that has shipped on over 50 million PCs since its introduction.

The team at Roon Labs proudly state that "music is very much in our DNA", so on exiting Meridian at the beginning of 2015 the team were devoted to developing a world-class music experience in software. Roon launched as a desktop music app in May 2015 and won product of the year awards from Stereophile magazine, ComputerAudiophile.com, and Digital Audio Review. Only two years later, and Roon is supported by over 50 respected audio equipment manufacturers for streaming, storage and USB playback. With this increase in exposure, more people than ever are choosing to use Roon as the optimal front-end experience for their whole-home audio systems. 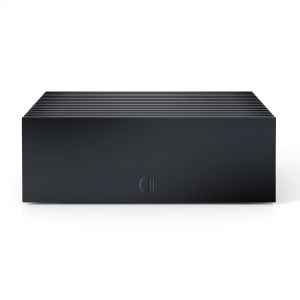